Citywire Selector speaks to leading quantitative and systematic strategy specialists to see how these cutting-edge trends are – or aren’t – being adopted by the fund-buying community. Elisabetta Basilico takes a closer look.

Everybody is talking about AI and many companies are pouring billions into it.

Even if no machine has come close to truly passing the Alan Turing test – designed to gauge whether a computer could respond with a sophistication comparable to humans – technological advances have fueled the successful application of AI in various fields including economics and finance. 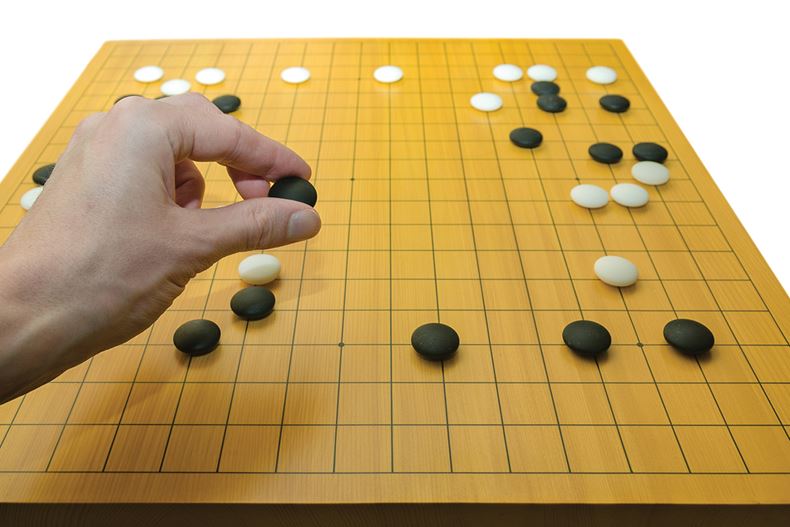 Traditional quantitative strategies focus on analysing historical data to find robust and economically sound patterns that will continue to add value in the future.

True AI trains the machine so that it will think like or better than a human being and find solutions to the problem it is studying, such as building a portfolio that maximises a client’s investment remit. Traditional quantitative strategies are generally static models, whereas AI-based approaches are dynamic and less dependent on historical data.

Some AI-focused hedge funds use similar techniques to build their portfolios. In terms of performance, initial evidence shows that AI-based hedge funds outperform.

As the graph and table show, it appears that hedge funds that use AI/machine learning techniques have performed better than other quantitative management styles. These include trend-following and CTA/ managed futures, as well as the general universe including discretionary hedge funds, during the period from 2010-2016.

Another big difference between traditional quant strategies and AI-based ones is that, while the first always specify a model or a theory, the second are black boxes without a clear interpretable a-priori model.

This might cause potential investors to scratch their heads and it may be the biggest barrier to the growth of AI-based funds. In extreme cases, for example when unsupervised learning techniques are used, it becomes almost impossible for the investment manager to explain what the model does. The reasons being that he or she did not build the model, as the model built itself, and cause and effect cannot be properly attributed.

The big question facing investors is whether or not to invest in AI-based strategies simply because we cannot explain why they selected certain investments. 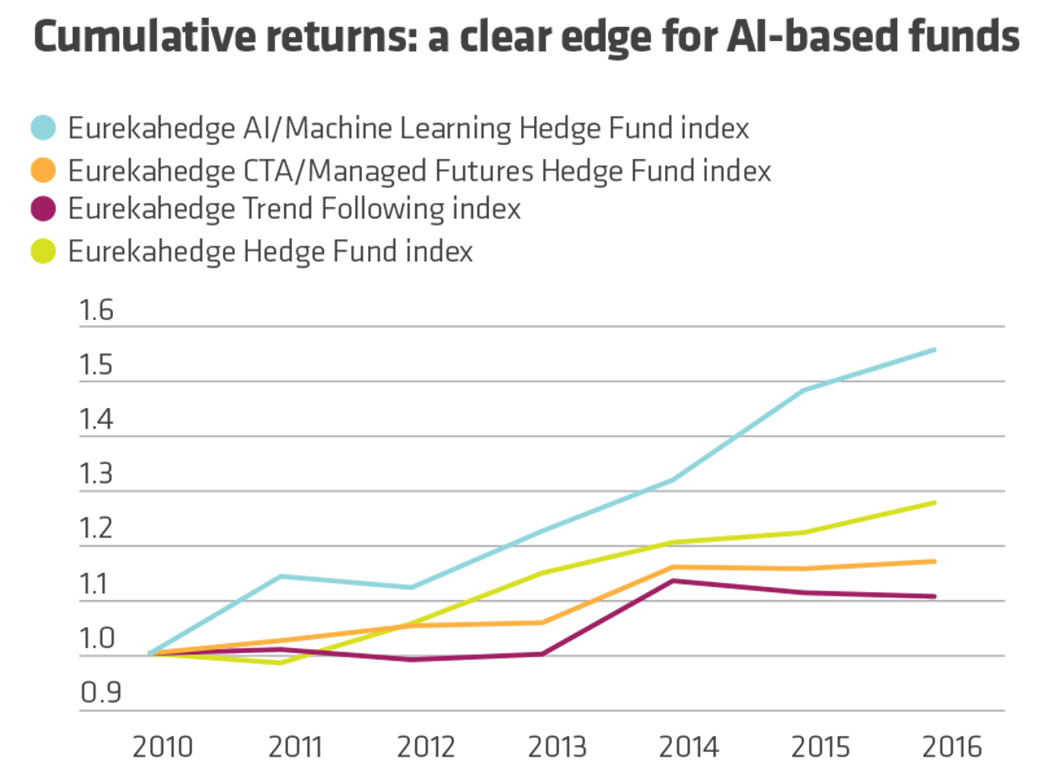 Professor Leo Breiman, a statistician at Berkeley, published a paper in 2001 talking about the existence of two cultures in statistical modeling. He observed that ‘one assumes that the data are generated by a given stochastic data model. The other uses algorithmic models and treats the data mechanism as unknown’.

The first one represents 98% statisticians, the latter accounts for the remaining 2%. He concludes that the focus on data models prevented statisticians from working on exciting new problems. In the words of Princeton researcher Aaron Bornstein, ‘would you want to know what will happen with high accuracy, or why it happened at the expense of accuracy?’

It is certainly a difficult question to answer, but to use an analogy, would we want medical research to stop using AI techniques that are showing concrete improvements in disease treatments just because we don’t understand how the algorithm works?

We are afraid that AI will wipe out the need for financial advisers. Instead, we should see AI as presenting us with an opportunity to learn and advance our knowledge. Sometimes when a door closes a window opens.

Elisabetta Basilico is a quant investment expert and consultant who specialises in what she terms ‘turning academic insights into investment strategies’. Follow her at: academicinsightsoninvesting.com

We use cookies on our website to give you the most relevant experience by remembering your preferences and repeat visits. By clicking “Accept All”, you consent to the use of ALL the cookies. However, you may visit "Cookie Settings" to provide a controlled consent.
Cookie SettingsAccept All
Manage consent

This website uses cookies to improve your experience while you navigate through the website. Out of these, the cookies that are categorized as necessary are stored on your browser as they are essential for the working of basic functionalities of the website. We also use third-party cookies that help us analyze and understand how you use this website. These cookies will be stored in your browser only with your consent. You also have the option to opt-out of these cookies. But opting out of some of these cookies may affect your browsing experience.
Necessary Always Enabled
Necessary cookies are absolutely essential for the website to function properly. This category only includes cookies that ensures basic functionalities and security features of the website. These cookies do not store any personal information.
Non-necessary
Any cookies that may not be particularly necessary for the website to function and is used specifically to collect user personal data via analytics, ads, other embedded contents are termed as non-necessary cookies. It is mandatory to procure user consent prior to running these cookies on your website.
SAVE & ACCEPT